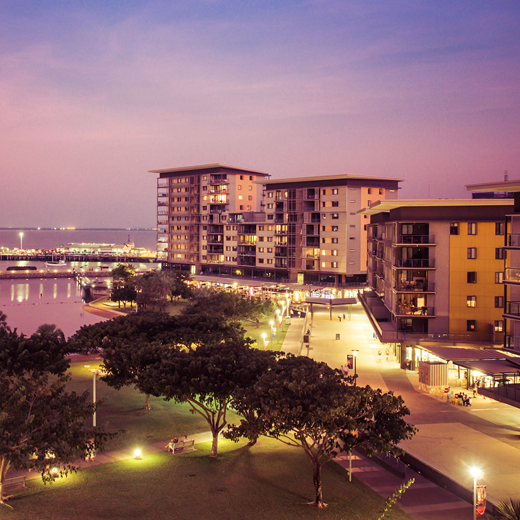 Where Investors are Making Money

The conversation around great property investment is so often focused on Australia’s major cities, but there’s a boom happening for many investors right now and it’s not restricted to the east coast of the country. It seems that the frontier cities are now where the action really happens.

Darwin has been delivering astonishing yields to property owners and surprisingly – the best returns are in apartments. Units and apartments in Australia’s most northerly city are delivering a yield of 7.4% which is a stunning increase of more than 16% from the same time last year. Rental prices are increasing faster than sales prices and Darwin is the cheapest city in terms of cost of living in Australia. It’s great weather and low COVID risk throughout the pandemic have also made it an attractive destination for its southern counterparts, suffering increasing fatigue from ongoing restrictions and lockdowns. That perception is also in play for Hobart, a city that has barely made the news on any COVID related issues since the pandemic began – it’s yield on units increased by 4.6 per cent to 4.62 per cent. Both Tasmania and Darwin specifically in the Northern Territory have become attractive investment destinations for those hungry for strong reliable cash flow in uncertain times.

The pandemic has also had its impact on Perth’s rental market with an increasing number of fly-in fly-out (FIFO) workers choosing to stay on and rent, to avoid the ongoing drama associated with border closures and quarantine requirements for interstate travellers. Subsequently, Perth yields are also strong, increasing by 9.6 % to 5.11% over the year. The need for a secure and stable workforce has also led some of WA’s biggest companies to require a fixed address for its employees, furthering the need for a strong supply of rental properties and investment. Subsequently, Perth’s unit yields increased this year by 11.3 percent to 5.76 per cent from 2020’s figures.